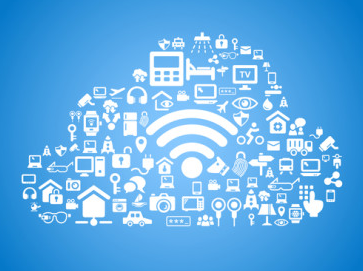 The organisers of the Cloud & DevOps World event – previously known as Cloud World Forum – decided to re-brand the event to incorporate feedback they had received that the topics were not broad enough. This was a challenging and risky move for Informa as it too was undergoing a re-branding exercise to become known as Knect365.

Proactive PR was contacted by the event organisers just two weeks before the event. The company needed our urgent help to increase the presence of the media and to help the exhibitors connect with the attending press.

Proactive PR arranged a planning call with Knect365 on the same day the agency was approached by the event organisers. With two weeks to go until the event, only 16 members of press had registered, making the company’s PR requirements extremely urgent. The actions and budget were agreed within 24 hours and Proactive PR set to work encouraging its local and international press contacts to attend the event.

In total, four media invites were sent out via email, while Twitter and LinkedIn were used to send two reminders – all with the sole intention of increasing awareness of the event within the press and analyst community.

Proactive PR also kept the exhibitors informed of the attending media. Every three to four days, an updated registered media list was emailed to all of the exhibitors and Proactive PR responded to queries from exhibitors which had questions about the attending press and their preferred topics for discussion. This allowed the marketing team at Knect365 to put its efforts into finalising the event agenda.

In addition to the actions completed ahead of the event, Proactive PR ensured there was a member of its senior management team on-site at the event for both days. This was an important part of the project as Knect365 needed a PR representative “walking the floor” to ensure all the exhibitors were happy and the press knew who their meetings were with. Another responsibility of the attending Proactive PR representative was to carry out some live tweeting on behalf of Cloud & DevOps world, driving on-site engagement and future interest in the event.

Proactive PR increased the number of registered media from 16 to 61 within two weeks, surpassing the expectations of Knect365 which had been lower due to the tight time frame.

The agency was on hand throughout the entire project with help and guidance, even suggesting to exhibitors ways they could enhance their presence at the show. The feedback from the event organisers has been excellent and discussions have already taken place with Knect365 to include Proactive PR much earlier in the event planning process to take full advantage of its expertise.